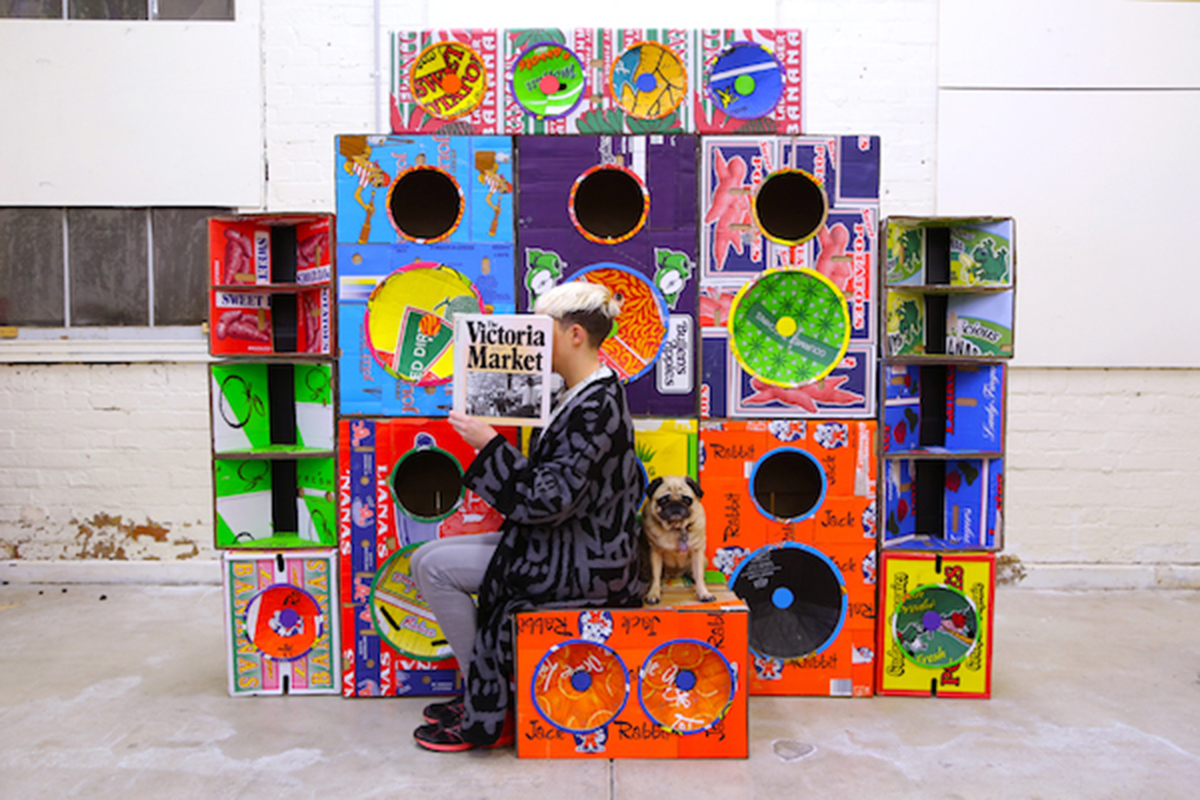 To coincide with the public presentation phase of the artworks (between Monday 17 to Sunday 23 October at various locations in the Queen Victoria Market as part of the Melbourne Festival) we asked Natalie King a few questions about the role of public art in our cities.

What role does public art play in the vibrancy of cities and why do you think public art is so important to the City of Melbourne?

Melbourne is a labyrinthine and densely creative city steeped in Indigenous, migratory and colonial histories. The City of Melbourne can be hospitable to artists and ideas by the imaginative re-usage and adaption of existing spaces and infrastructure whether a library, an auditorium or a market. I like to curate a space of assembly where people gather, pause, rest or refresh especially informal and everyday places used by multiple communities. I am also interested in how a city like Melbourne is audible but also the quieter murmurings of a place, the whisperings of a locale. Biennial Lab is embedded in locality, rendering place as a real terrain with urban relationships.