We Are Such An Unlikely Match 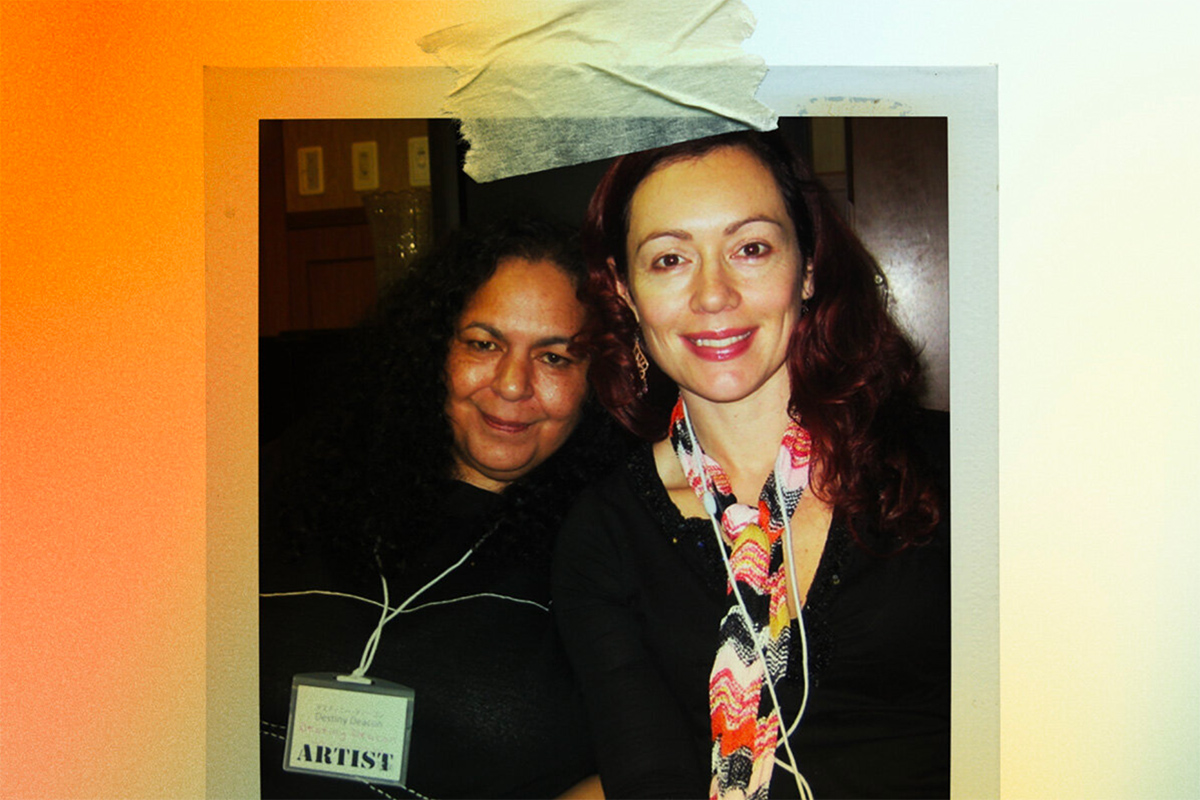 When Indigenous artist Destiny Deacon first met curator Natalie King more than 25 years ago, they were both at the beginning of their careers. Since then, Natalie has been awarded an OAM and worked as a curator for two Venice Biennales (representing Australia and New Zealand). Meanwhile, Destiny has built an international reputation and is one of the most acclaimed contemporary artists in the country.

Destiny It was December 1994 at ACCA [Gallery], then in South Yarra, at a drab affair where I knew nobody and nobody talked to me. Then, like a ray of sunshine, Natalie appeared. She introduced herself as the curator and was friendly.

Natalie It was one of my first exhibitions, called Bad Toys. I was looking for the sinister aspects of toys and dolls and included Destiny’s work. She was kind of apprehensive but wickedly funny and able to put dolls in situations where they would look orphaned or sad or lonely. They told stories about Indigenous dispossession and the Stolen Generation, but in a humorous way.