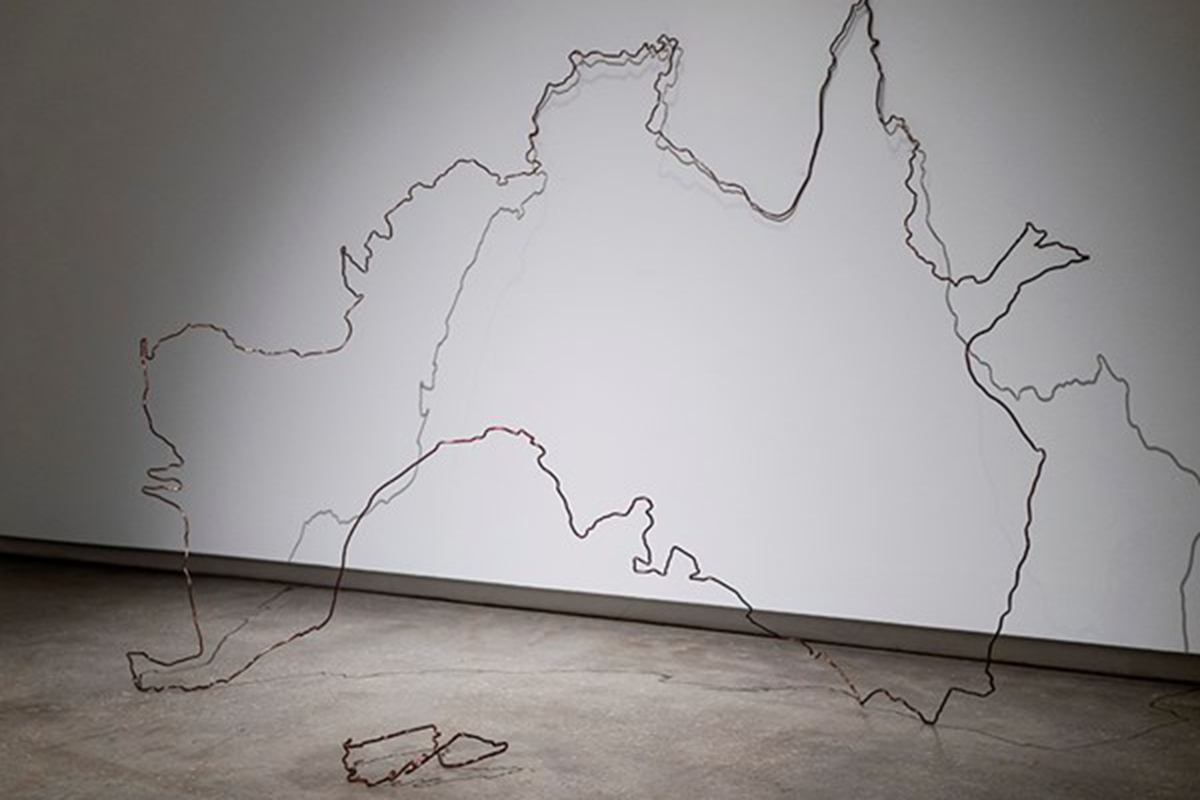 This haunting voiceover from Hiwa K‘s video, Pre-Image (Blind as the Mother Tongue) (2017), follows the artist retracing a journey that he made when he was 25 years old, fleeing Iraq and travelling through Iran to Turkey and Greece before eventually finding refuge in Germany. In the film, which is included in TarraWarra International 2019: The Tangible Trace (8 June–1 September 2019), an object-sculpture composed of sticks and motorbike mirrors balances on the artist’s nose. Displayed in a separate projection room, the film’s central artist-protagonist meanders through foreign territories—from open fields and forests to dense cities and mountainous regions—accompanied by ruminations on departures and arrivals, leaving and loss, wandering and isolation, walking and distance.