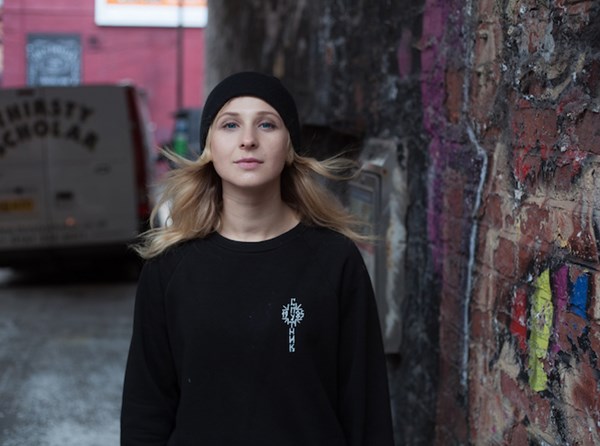 Formed in 2011, Russian protest art collective Pussy Riot is known for organising unauthorised and provocative guerrilla punk rock performances in unconventional public places, which are transformed into music videos and posted on the internet. Most notorious of these was a February 2012 staging of the song ‘Punk Prayer’ at Moscow’s Cathedral of Christ the Saviour, whose lyrics—which include ‘Mother Mary, please drive Putin away’—resulted in the arrest of three members of the group: Maria Alyokhina, Nadezhda Tolokonnikova and Yekaterina Samutsevich. In August 2012, the women were sentenced to two years imprisonment, with Samutsevich receiving a suspended sentence after further appeal. Alyokhina and Tolokonnikova were released in December 2013, two months earlier than planned as part of a government amnesty marking the anniversary of Russia’s adoption of a post-Communist constitution in 1993. Shortly after, Alyokhina and several other Pussy Riot members travelled to the 2014 Winter Olympics in Sochi to perform the song ‘Putin Will Teach You to Love the Motherland’, where they were attacked by Cossack militiamen and plain-clothes security guards for the games.