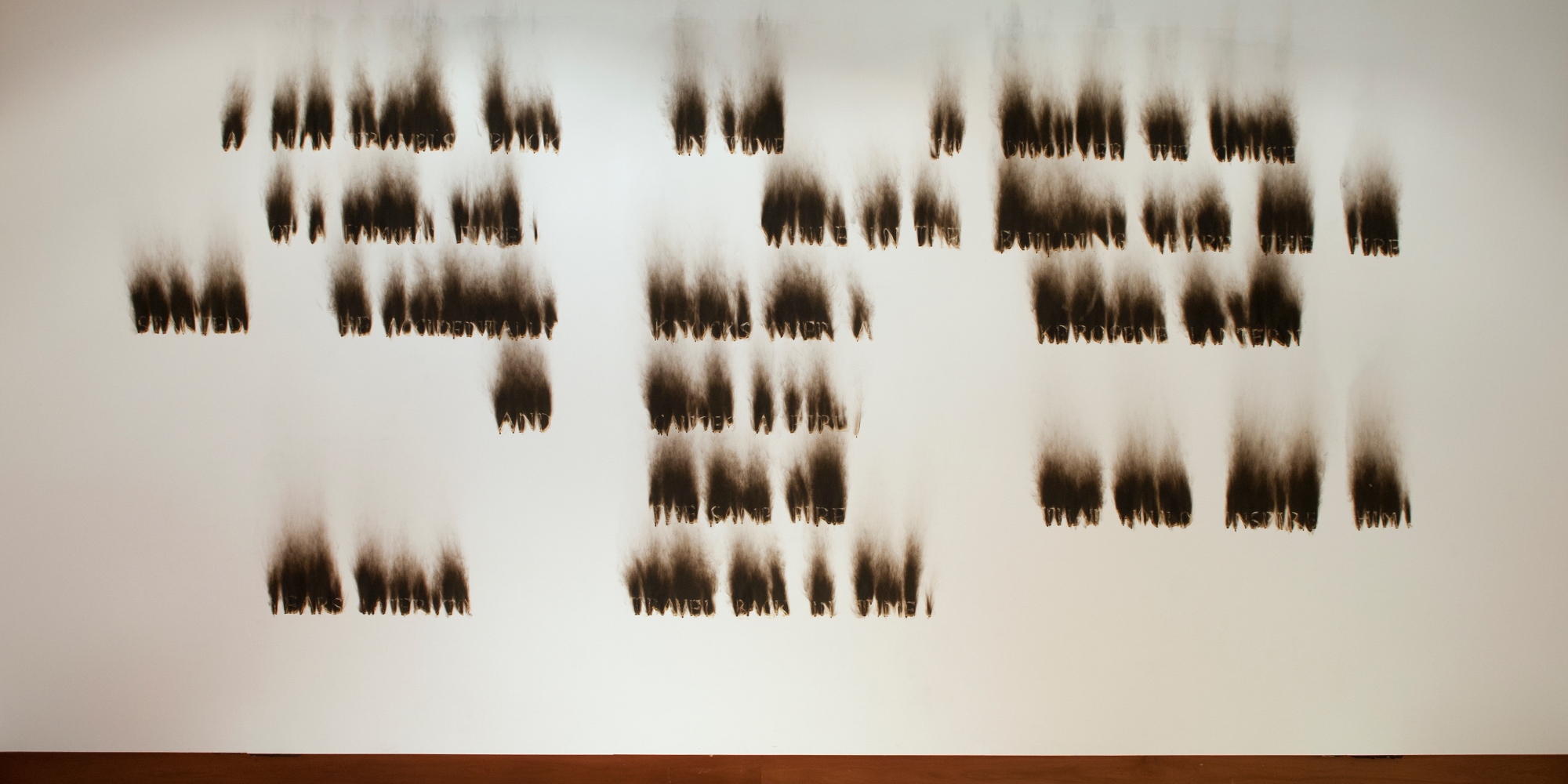 Jitish Kallat: Circa is Kallat’s first solo exhibition in an Australian museum. Following the reflective nature of his recent projects, this exhibition is conceived as an evolving narrative; an experiment of multiple interventions across several spaces within the Ian Potter Museum of Art. During the course of six months from October 2012 to April 2013, some works will appear for a few days, while others will remain on display until the end of the exhibition. Still others await conception when the departure of interventions makes space for them as part of an evolving entry and exit of ideas. Chance, contingency and contagion each play a key role in the development of this shape-shifting project. One utterance infects another so that procreating possibilities give rise to a tentative, evolving, dispersed and inconclusive oration in several parts of the museum.