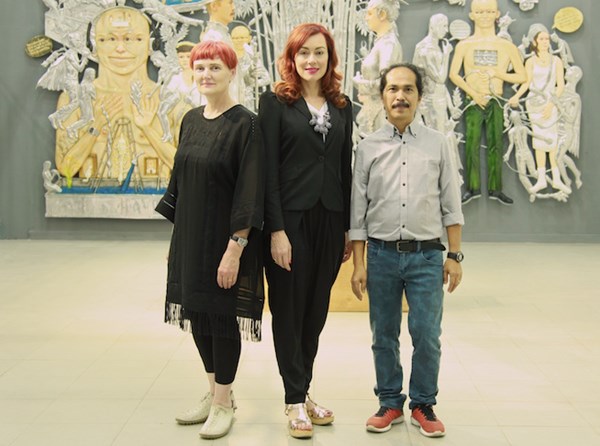 On the 30 November 2015, an e-conversation commenced between Entang Wiharso in Yogyakarta; Sally Smart in Yogyakarta and her studio in Melbourne, and Natalie King corresponding from her office at the University of Melbourne. Their triangulated exchange foregrounded the major two-person exhibition Conversation: Endless Acts in Human History, showing at the National Gallery of Indonesia until 1 February 2016. They candidly discuss friendship, cross cultural dialogues, serendipity, bodies and borders. Synergies emerge between their respective preoccupation with deep social, cultural, emotional and geographical concerns. The conversation culminated on 13 December at 10pm.