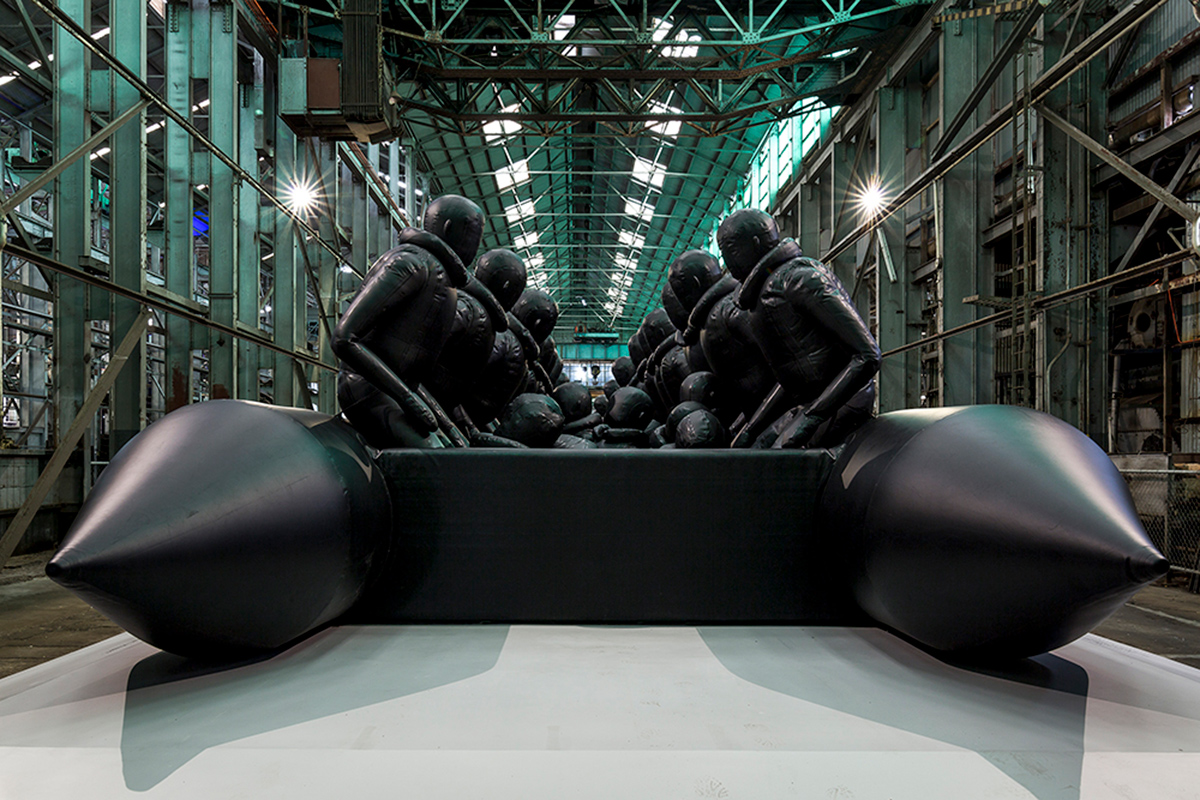 ‘I know what it feels like to be a refugee and to experience the dehumanisation that comes with displacement from home and country. There are many borders to dismantle, but the most important are the ones within our own hearts and minds – these are the borders that are dividing humanity from itself’– Ai Wei Wei

Ai Wei Wei’s epic and harrowing documentary Human Flow (2017) exposes the staggering scale of the refugee crisis with displaced people comprising 65 million refugees worldwide. Screened as part of the 21st Biennale of Sydney, SUPERPOSITION: Equilibrium & Engagement, curated by the first curator from Asia, Mami Kataoka, the film documents with searing cinematography the experiences and conditions faced by an unprecedented number of people who have been forcibly exiled from their homes. During two years of filming, Ai Wei Wei travelled to 23 nations and 40 refugee camps resulting in this traumatic tale of hazardous ocean crossings, isolated camps and barbed-wire borders. The Biennale of Sydney has extended its borders to include activism by addressing one of the most urgent issues of our times: the perilous plight of refugees.